This is the Radio Work Shop page

This page will show you my radio work bench and some of the test equipment I use to work on radios.

Part of the radio room is also my "operating" ham shack where I operate my ham radio on the HF bands and on 2 and 6 meter bands. A picture of me and the ham shack operating position can be seen on the Amateur Radio page.

The above picture shows you "where it all happens" on the radio bench. That nice radio just to the left of center is an HRO-500 that I just bought. This radio and I go back around 35 years when I worked at National Semiconductor and the HRO was a piece of Lab test equipment. I have used the radio "way back when" as an oscillation detector for semiconductor test decks and it worked very well.

On the bench, just to the right of center, is a Knight R-100 receiver I was working on until the HRO showed up. The Knight is a very good receiver and the audio in the headphones is very sharp and clear.

On the far right is a Zenith model 600 Transoceanic radio similar to the one we had in our radio van in Korea so we could hear all the news from home.

BTW the work bench and the hutch on the back were built by me. Another of my MANY hobbies is wood working. The hutch was actually built to go with a desk I made for my son, but he decided he didn't need it so I said, cool, I know just where to put it.

SOME OF THE TEST EQUIPMENT AVAILABLE TO ME ON THE RADIO BENCH. 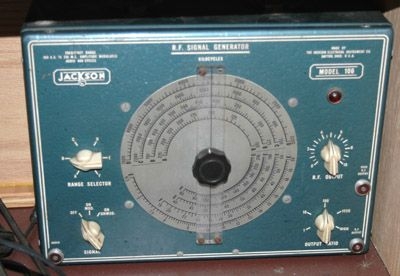 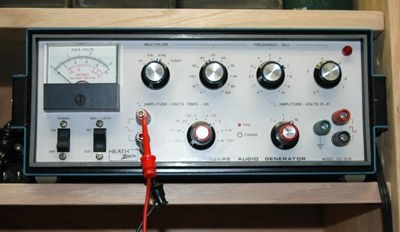 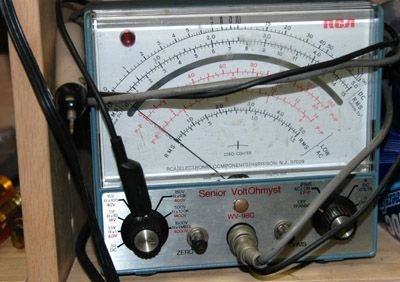 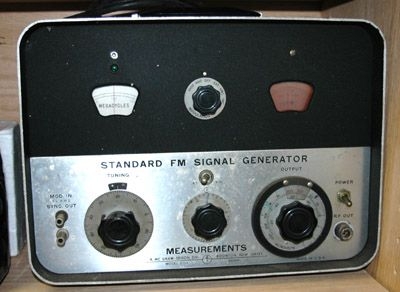 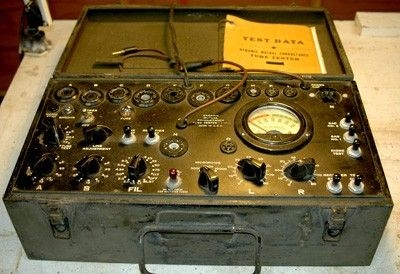 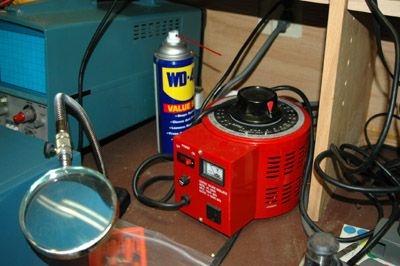 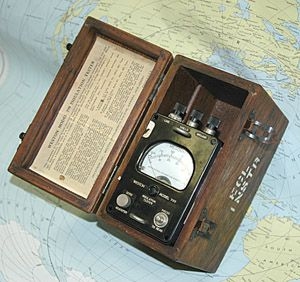 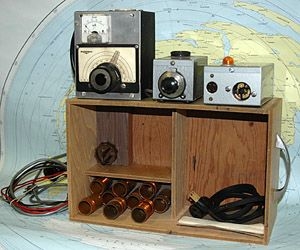 I wish my mind worked a little better in remembering how to use this unit, but if you have more interest, I found this web site that seems to be very informative on the subject: http://www.qsl.net/n4xy/gdos.html